Jeanne, a charming Store to Door client, describes the difficulty she experienced trying to access food prior to connecting with Store to Door in a recent conversation.

“I’m 77 years old and I take public transportation. And one summer, it was 92 degrees and I ambitiously had 20 pounds of groceries in my arm […] with the heat and 20 pounds I had an episode. [I] ended up in the hospital and they put a pacemaker in.”

Jeanne is a creative and caring person. She spent many years living and working in Europe as a musician, where she met her husband and began a family. Once she moved back to the United States, her creativity evolved to the visual arts, inspired by Oregon’s natural beauty.

Years later, when she had her “episode,” Jeanne recalls the need to make changes in order to support her independence and well-being. It was around then that she heard about Store to Door and enrolled. “Your service [has] been helping me ever since,” she says.

Every Monday, the same Store to Door volunteer, Elizabeth, calls Jeanne to see if she would like to order groceries or household items. Elizabeth lets her know of any sales while she takes her order. On Wednesday, a Store to Door volunteer at the Hollywood Fred Meyer shops for Jeanne. The same delivery driver  brings her groceries to her home where Jeanne continues to be inspired to paint by the gorgeous Portland sunrises. 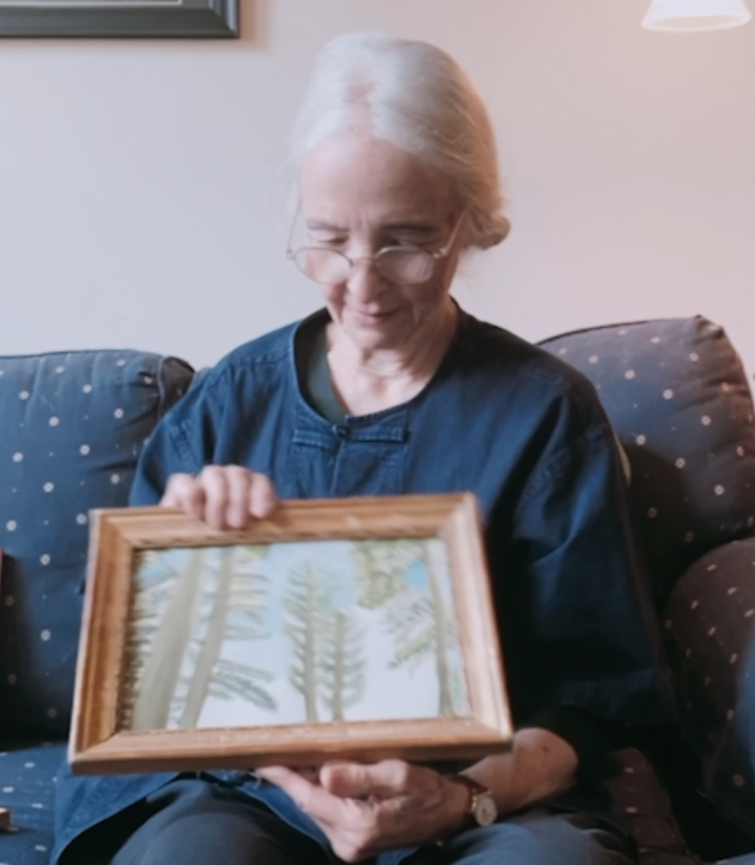 Jeanne relayed her gratitude in our conversation., “I think what I’m struck by is the earnestness of the people that work for Store to door. There’s just a really heartfelt generosity of spirit, that’s what I feel. Everybody that I’ve [been in contact] with […] are doing this ’cause they want to help people.”

You can help support independent living for folks like Jeanne by donating today to our Stories of Strength summer fundraising campaign. Plus, if you make a donation of $200 or more to our campaign, you’ll be entered to win a set of Jeanne’s notecards!

See more Stories of Strength from our 2022 Summer Campaign Here!